If you find ancient Egypt fascinating or are plan to travel to Egypt in the near future, you have probably heard of the Grand Egyptian Museum (GEM) or Giza Museum. It is one of the most exciting things to happen in the museum world, and after a few delays will open next year. According to the minister of antiquity, Khaled al-Anani, the Grand Egyptian Museum is now almost 90% completed, and although no official opening date has been announced, it is expected that the museum will start operating at the beginning of 2020.

The History behind the Grand Egyptian Museum

The new Grand Egyptian Museum is preparing to open its doors, however, Cairo has been the home to a well known and well respected museum for over a century. The current museum - the Egyptian Museum of Antiquities, is located at Tahrir Square, in the heart of Cairo and has been welcoming guests for 117 years. The location of this museum is unique as it is surrounded by the best restaurants, luxury hotels, mosques and churches in the city.

Although the Egyptian Museum of Antiquity is undoubtedly a favourite place for visitors, it has reached its peak. The current museum is simply too small, both in terms of the ability to serve the number of visitors and the inability to store artefacts. New archaeological discoveries are regularly made, and the Egyptian Museum of Antiquities has no place to store exhibits that are constantly arriving, which means that thousands of items are held in storage.

Lack of space not only means that many items are inaccessible for viewing, but that those that are available to visitors are inadequately displayed. In the height of the season, which falls in the winter time, the museum is bursting at the seams. Just too many people want to visit the museum and there is not enough space for every guest to get around comfortably. 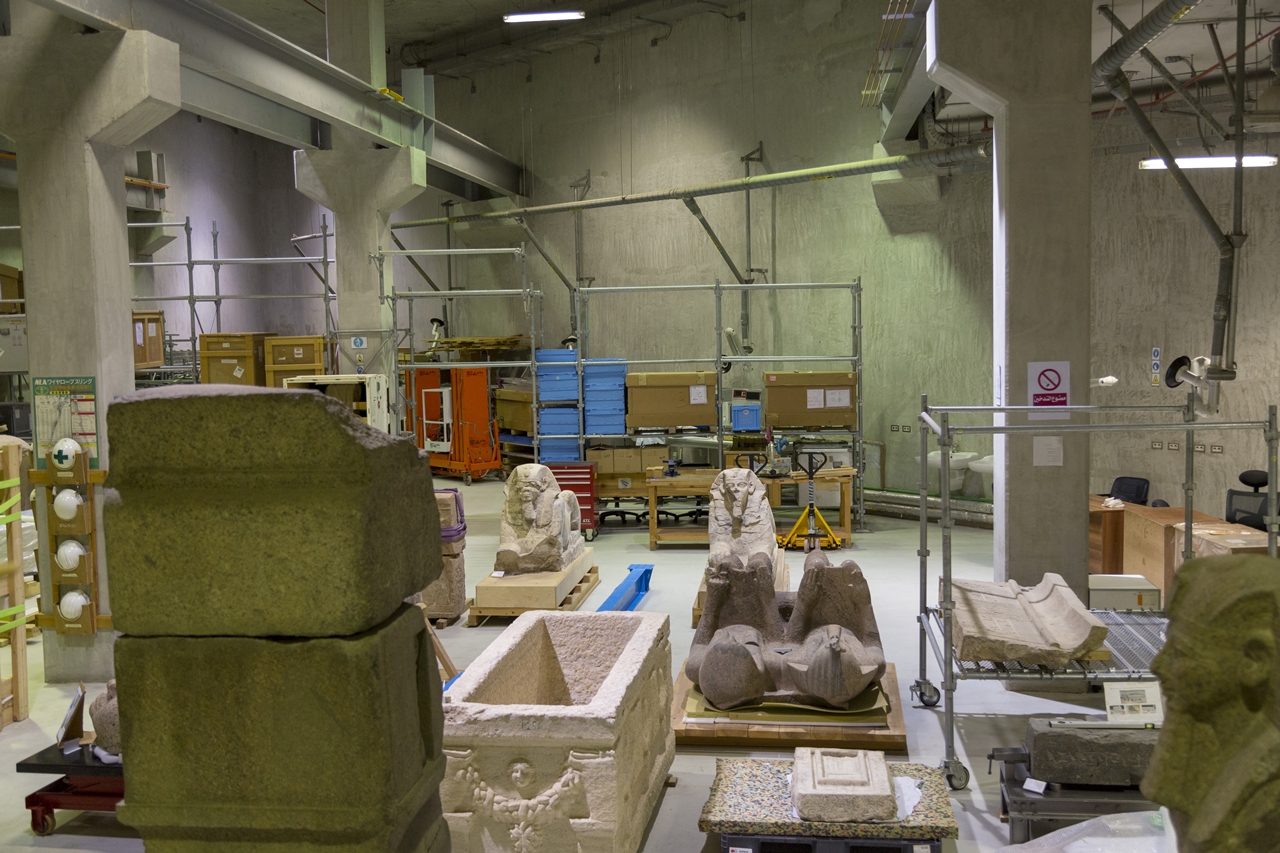 In addition, the Egyptian Museum of Antiquity is not equipped with the appropriate technology to maintain and protect the artefacts. In the past there have been several problems with lighting, humidity and temperature, which has caused damage to the exhibits. It was obvious that Egypt needed a newer, larger and more modern museum to accommodate and present its treasures, so in 1992 plans were launched to open the new museum.

In 2002, an architectural competition was announced to design the building, which will eventually become the Grand Egyptian Museum. Projects from over 80 countries from around the world have influenced this structure. In June 2003, Heneghan Peng, based in Ireland, was selected.

Since then, much effort and hard work has been put into building this new attraction. The facility was supposed to be opened in 2019, however, there was a delay that postponed the opening date. It is expected that the official opening of the Grand Egyptian Museum will take place at the beginning of 2020.

Where is the Grand Egyptian Museum?

The new Grand Egyptian Museum is being built on the outskirts of Cairo, near the pyramids of Giza. While some may wonder why this attraction has been removed from the heart of Cairo, it is a decision that will benefit tourists.

The main reason for moving the museum to Giza is the lack of space in the centre of the city of Cairo. The new museum will be much larger than the present one, which is located at Tahrir Square and as such has to be located in a place where there is a lot more available space.

The new location will make visiting both the museum and the pyramids more convenient and functional. Many guided tours of Egypt combine a visit to the museum with visits to the pyramids and the sphinx as an all-day trip. Since the current museum is located in the centre of Cairo, and the pyramids are in Giza, it means that the journey can take a long time as the possibility of getting stuck in notorious traffic jams in Cairo is very high. As the new Egyptian Museum is located so close to the pyramids, tourists can be sure that their time will be effectively used for sightseeing. They will not get stuck in a bus or minibus trying to move around crowded streets.

The significance of the amazing new building

One of the charms of the present Egyptian Museum of Antiquity is that it is housed in a historic building in the heart of Cairo. While the new Grand Egyptian Museum will lose the historical aspect of the building. The fact that this is a modern structure for the 21st century will show that the museum has been designed in such a way that the building will not only house the artifacts, but also display them all in the correct way.

The Grand Egypt Museum is a huge space, 24,000m² of permanent exhibition space. It is estimated that when it is ready and equipped, the total cost of the entire investment will exceed one billion US dollars. The facility has been designed so that it is not only a safe place to store and display the treasures of Egypt, but also to allow visitors the best experience.

One of the goals of creating this building was to harmonise with the pyramids of Giza, which are only two kilometres away. The front of the museum will consist mainly of glass, which will allow extensive views of the Giza Plateau and the pyramids in the distance.

The Egyptian Museum will also be much larger and less crowded than the old museum. This will not only improve the quality of your visit, but will also improve the storage of monuments and ensure their safety. In addition, this new building will have adequate humidity, lighting and temperature control to keep the relics in the best condition.

What exhibits and attractions will you find in the Grand Egyptian Museum?

The main reason for the creation of the Grand Egyptian Museum was to create more space to be able to present the Egyptian artefacts to their full effect. As mentioned above, there are thousands of artefacts stored in warehouses at the moment, as there is no place for them in the current Egyptian Museum of Antiquity in the centre of Cairo.

According to the minister of antiquity, the Grand Egyptian Museum will contain more than 20,000 relics that have never been presented before. In addition, there will be several items belonging to King Tutankhamun that have not been shown since their discovery in 1922. In total, the museum will store and present over 100,000 artefacts from various periods of Egyptian history, making it the largest archaeological museum in the world.

While the museum itself will be impressive, it is expected that the biggest attraction will be an exhibition dedicated to King Tutankhamun, commonly referred to as King Tut. Currently, the exhibition of King Tut in the museum at Tahrir Square is quite simple, and the items in the exhibition are available to guests who can walk between them and admire them. The new exhibition, however, will be completely different. The plan is to make the King Tut exhibition an exciting experience in which guests can enter the Pharaoh's life. There will be two galleries dedicated to the relics of King Tut, which will allow visitors to look into his lifestyle, in the way he dressed, ate and ruled, and also take a look at his court and funeral. This more engaging experience is possible due to the fact that there are many relics from the reign of King Tut (over 5,000), and also because this historical pharaoh is still being researched and new facts about his life and power are constantly revealed. 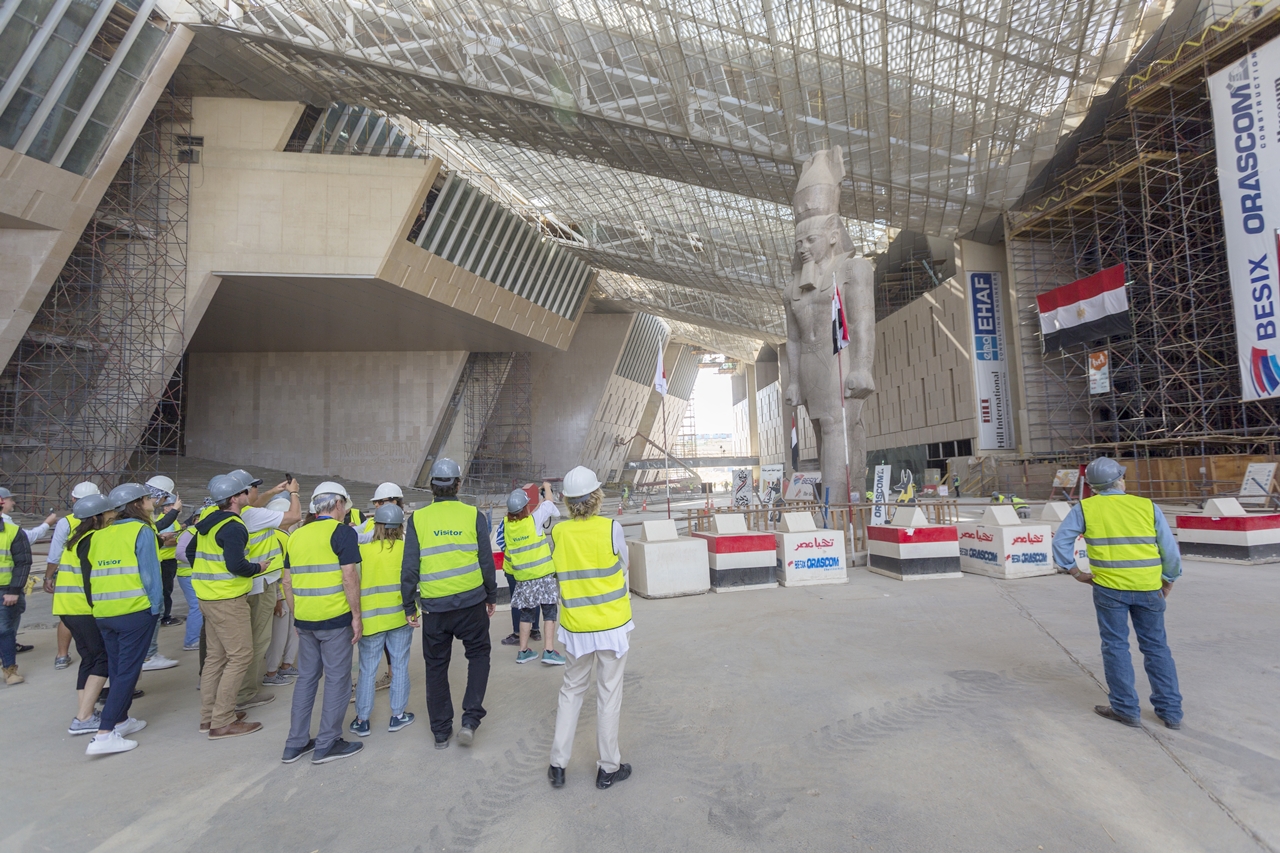 Of course, not all artefacts are in good condition. However, thanks to the amazing team of experts, some monuments that were originally thought to be impossible to restore are in fact conserved thanks to specialised laboratories. 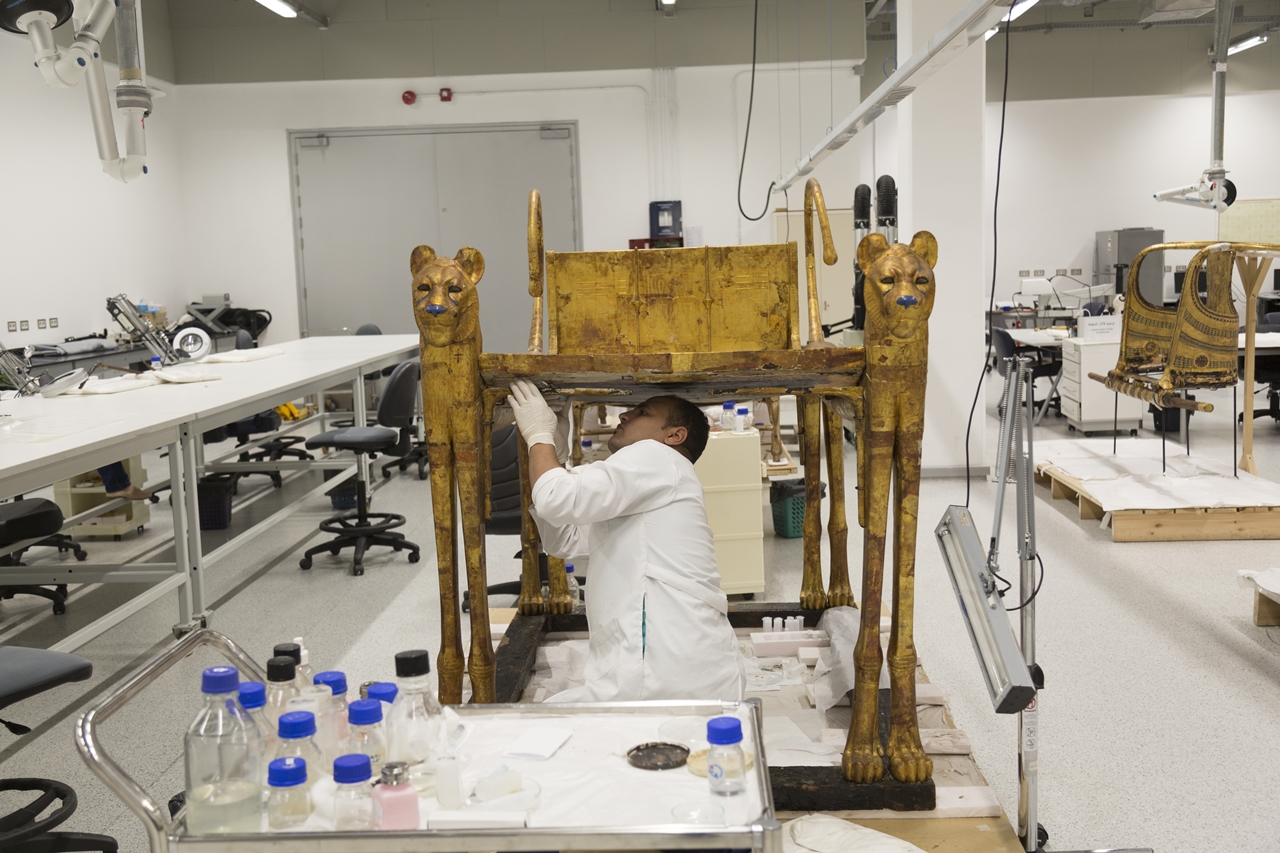 How will the Grand Egyptian Museum benefit the local economy?

Undoubtedly, the Egyptian Museum is a great undertaking for Egypt; a country that has suffered financially as a result of the decline in tourism over the last decade due to political unrest and instability. Some may wonder why the government has made such a huge investment by building this museum, taking into account the current economy of the country. It is a fact that the Grand Egyptian Museum will be a stimulus for the economy and local enterprises both directly and indirectly.

First of all, the Grand Egyptian Museum has created jobs. Not only in terms of the construction of the building, but also in terms of the staff of the museum. Because the museum will be huge and you will have to hire many people to handle it.

In addition, the Grand Egyptian Museum is expected to increase the number of tourists, it will also help the tourism industry in general. Everyone will benefit from the new museum, from local hotels and companies offering custom private tours of Egypt to souvenir shops.

As soon as the museum is put into use, our company will add this to the Cairo visiting program of visiting Cairo. You can be sure that FM Tours & Travel will be one of the first companies whose clients will visit the Grand Egyptian Museum.