Petra is an ancient city that was carved out of rocks by the Nekean people. They mastered the art of finding vast amounts of water whilst in the desert terrain. There is a 1.5 km natural canyon between the rocks leading to the city, ending at the most famous building within Petra, which is called the Treasury of Pharaoh. The splendour of this place is emphasised by its inclusion in the UNESCO World Heritage list and as one of the seven new wonders of the world. Hidden from the world behind the Siq Canyon for over 800 years, after the trade routes in the Middle East changed, the city appeared to the western world in 1812, discovered by the Swiss explorer Johann Ludwig Burckhardt. However, it only became famous after the making of the film "‪Indiana Jones and the Last Crusade‬", where the building of Khazneh - called the "Pharaoh's Treasury" - served in the filming of the temple protecting the Holy Grail.

During the trip we will see the Jordanian port of Aqaba, we will pass the Wadi Rum desert, we will visit the town of Wadi Musa, where Moses was supposed to be and see the most important buildings of Petra.

Itinerary: Travel by coach from the hotel at approx. 2am, transfer to the port of Taba, cruise to Aqaba (Jordan), coach transfer to Wadi Musa, entrance to Petra, optional included horse ride, crossing the Siq canyon, visiting Pharaoh's Treasury, Royal Tombs, Amphitheatre, Roman Street, free time for sightseeing and shopping, lunch for a designated restaurant, Return to Aqaba, cruise back to Egypt & return by bus to Sharm el Sheikh at ‪around midnight‬.

Air conditioned transportation every where in Petra and Sharm El Sheikh.

All entrance fees to all the touristic places mentioned in the itinerary.

Lunch in a local restaurant.

Bottled water on the bus.

Drinks in the restaurant.

Any extras not mentioned in the itinerary. 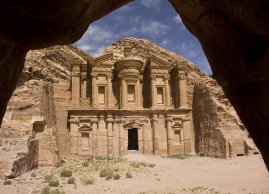 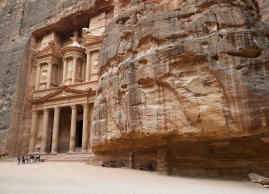 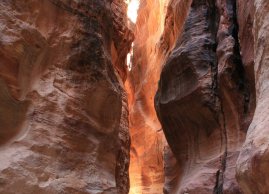 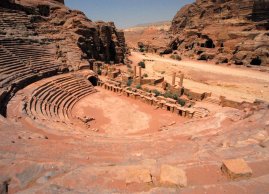 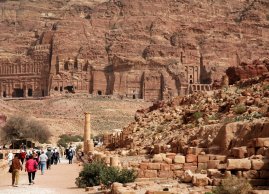 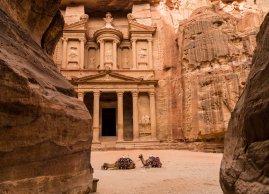 Please book at least 2 days before the trip.  We need your details to the Jordanian visa: name and surname, date of birth, passport number and date of issuing the passport.

Participants are asked to take passports and comfortable footwear (recommended sun protection clothing: hats, covered arms). Transportation from the hotel is included in the price of the trip. An English-speaking guide will be on the trip. To participate in the trip, a free SINAI ONLY visa will be issued at the airport upon arrival.