We offer an amazing trip to Cairo combined with a visit to Alexandria.
While in Cairo, it is worth going to the former Egyptian capital, Alexandria, about 220 km away. Each of these cities is different and has a completely different atmosphere and climate. In our opinion, it is worth to get to know both metropolises.
Cairo - the largest city of Africa (the entire Cairo agglomeration has more than 22 million inhabitants) is chaos, dust and noise. This is the first impression of anyone who comes to Cairo. However, at a closer look, the "mother of the world", Umm el-Dunia, as immodestly called al-Kahira ("Invincible") shows her oriental charm. Cairo is a multicultural melting pot, the administrative and commercial centre of the country, equally oriental, ancient and modern. It is a perfect mixture of various cities, villages and suburbs.

Alexandria is a port city that was founded in 332 by Alexander the Great. It reaches 25 km along the Mediterranean coast and is called the "pearl of the Mediterranean". The city has over 5 million inhabitants and is the second largest city in Egypt. Alexandria is as Mediterranean and cosmopolitan as Athens or Marseille. It has nineteenth-century architecture dating from the time of colonialism. The main attractions of the city come from various times: some of them from the period when it was the capital of the Greco-Roman Egypt; others, such as the delightful modern Bibliotheca Alexandrina, bring the city into the 21st century. Remnants from different periods can be seen underwater or in local museums. And although in Alexandria there are no ancient monuments from the time of the pharaohs, visiting this city is very interesting.

The Egyptinan Museum, the Pyramids of Giza, the Great Sphinx

Departure from Hurghada approx. 2:00 am, the journey to Cairo will take about 6 hours. Along the way, a half-hour stop at a cafe. Visit the Museum of Egypt about 3 hours. Lunch in the form of a Swedish menu, additional drinks payable. Transfer to Giza. Visiting the pyramids from outside. Visiting the Great Sphinx. Optional trip: speedboat cruise on the Nile.

Accommodation in a 4 * hotel in Cairo in a double room.

The Catacombs of Kom El Shoqafa, the Bibliotheca Alexandrina, the Citadel of Qaitbay, Al-Montaza Park

Early morning departure from Cairo and travel to Alexandria. A packed breakfast for the journey.

Visiting the catacombs. In 1900 in Alexandria an underground Roman necropolis was discovered, full of strange sculptures with a dining room for mourners, which was called Kom al-Shuqafa. The Arabic name is the translation of the Greek name Lofus Kerameikos, and in English means the hill of shells. This comes from broken vessels, which after the funeral feast were not allowed to be taken from the tomb. The uniqueness of the Egyptian catacombs is associated with both their layout and the visible combination of Egyptian, Greek and Roman traditions. The catacombs date back to the 2nd century AD.

We will then visit the library. The library in Alexandria stores eight million books and is one of the largest libraries in the world. This library is amazing! You have to go inside to really appreciate it. Hanging conference rooms, art gallery, overlapping levels. It's a work of art!

Lunch at a fish restaurant located by the sea. Alexandria is famous for restaurants specialising in seafood, where guests can choose from a wide range of fish and seafood.

After the meal, explore the Qait Bey Fort from the outside - a fortress which faces the sea and was built during the reign of Sultan Qati Bey. From the roof of the building, there is an extraordinary view of the fishing port and the city.

The last point of the trip is the Montaza garden. This is a park located by the palace, overlooking the Mediterranean Sea. The palace was built in 1892 by Khedive Abbas II, the ruler of Egypt and Sudan. In 1932, King Faud added a larger palace, known as Al Haramlik and the royal gardens to the existing Montaza palace. The new building served as a summer palace and represented Turkish and Florentine styles. There are open arcades with sea views on each floor. President Anwar El-Sadat renewed the original Salamlek Palace and established it as the official presidential residence. Unfortunately, the palace is not open to the public, only the royal garden is open to everyone.

Return to Hurghada around midnight.

Transfer on the Hurghada route - Cairo - Alexandria - Cairo - Hurghada air-conditioned vehicle (coach, coaster, minibus or passenger car), care of an English-speaking driver on the route, sightseeing Cairo and Alexandria with an English-speaking guide, meals without drinks, entry tickets to the monuments visited, accommodation in a double room in a 4* hotel in Cairo with a packed breakfast.
Overnight in a single room additional payment of 30$.

WHAT IS NOT INCLUDED

The room with royal mummies at the Egyptian Museum is additionally payable - approx. 200 LE (Egyptian pounds) per person, entrance to the interior of the Great Pyramid - approx. 35 LE per person, entry to the other pyramids 100 LE, drinks with lunches and dinners. 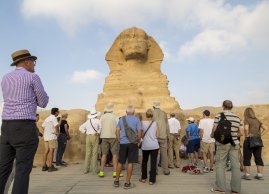 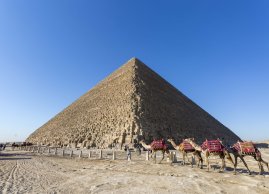